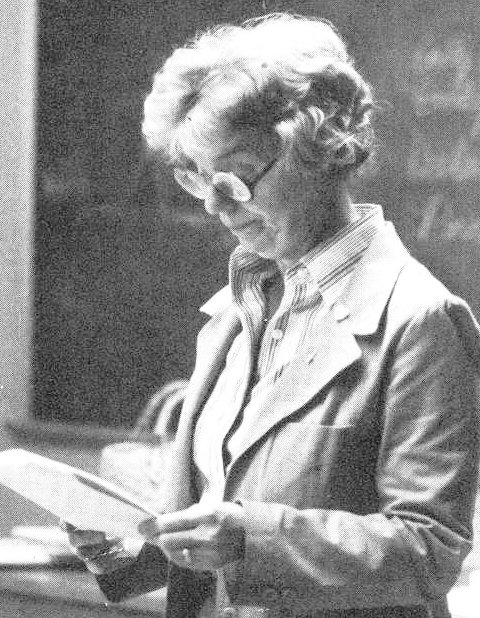 A lover of Shakespeare, travel and the theater, Adelyn C. Sommer, of Upper St. Clair, known as Addie to more than 50 years of theater audiences, was a trouper who made her last stage appearance in August in "The Last of Jane Austen." Tuesday, at age 76, she died of leukemia.

Addie Coughlin, as she was then, first heard of Little Lake Theater in North Strabane when doing a 1953 Pittsburgh Playhouse show with Little Lake founder Will Disney. "Anything beyond Mt. Lebanon seemed like another planet," she remembered years later. But she made her Little Lake debut in the first show of 1954, journeying each day by streetcar or sharing rides with a friend from Oakland. Later that summer, she met Don Sommer when they acted together in the prophetically named "Boy Meets Girl," and the die was cast. "I just loved the place as soon as I came out here," Mrs. Sommer said years later. "It was like coming back to the family ... many of us did three or four shows a season."

At a 50th season Little Lake reunion in 1998, she talked about the theater's magic and its breakneck schedule. Shows ran for a week after just nine days of rehearsals. "There were some shows," she said, "I kid you not, we'd be in the barn rehearsing and we would pray the theater would burn down by Monday so we wouldn't be embarrassed ... but somehow it always came together." At its annual celebration, Nov. 13, Little Lake had planned to present the Sommers with the Will Disney Award in honor of their lifetime of enrichment and support. Mrs. Sommer's award will now be posthumous. According to her nephew, Ron Sommer, she was a "mistress of high Irish wit" who had the "wonderful gift of show people, to take such delight in the magic of performance art."

She was born Feb. 4, 1930, in Toms River, N.J., the third of four children of Eleanor and Thomas Coughlin. They moved to Braddock when she was about six. Her father was a bricklayer who worked in the steel mills, and they lived overlooking the Monongahela River with her grandfather, a riverboat captain. She attended St. Brendan School and Braddock High School, from which she graduated in 1947. She went to Waynesburg College, where she majored in English literature, was co-editor of the Yellow Jacket school newspaper, joined Theta Pi Sigma sorority and discovered theater and the joys of acting with the Waynesburg College Players. Upon graduation, she returned to Braddock and went to work for Bell of Pennsylvania in the personnel department. But she kept acting, mainly at the Playhouse and then Little Lake, where she eventually did more than 50 plays.

She married Don Sommer in 1957 and they settled in Upper St. Clair, where their first child, Sarah Ann, was born on their first anniversary. Sons Christopher Joseph and Timothy James soon followed. Determined to pursue her love of English and especially Shakespeare, Mrs. Sommer became a teacher at the growing Upper St. Clair High School, where she taught for 23 years, retiring in 1993. She earned a master's degree in education at the University of Pittsburgh in 1973.

In recent years, she and her husband traveled to the British Isles, throughout Europe, Israel, Hawaii, China and Thailand. Their last trip was to Hungary, Romania and Austria last summer. On two car treks across the U.S., their practice was to have no plans but stop anywhere that caught their fancy.

In addition to her husband and children -- Sarah McLaughlin of Peters, Chris Sommer of Michigan and Tim Sommer of State College -- she is survived by 11 grandchildren.

A Mass will be celebrated at 10 a.m. today in St. Louise de Marillac Church, 310 McMurray Road.