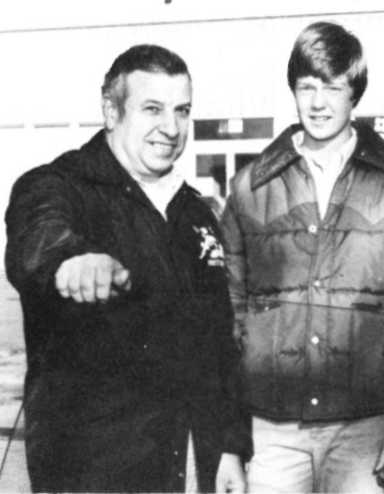 Mr. Rusciolelli was a member of St. Alphonsus R.C. Church and a retired social studies and driver education teacher at Upper St. Clair High School. He was also a member of McDonald-Cecil Senior Center and McDonald American Legion and was a Korean Conflict US army veteran. He coached football and wrestling for Upper St. Clair and McDonald and in his spare time enjoyed fishing.

Surviving are his children, Kathleen King of CO, Edward A. Rusciolelli, Jr. of Bridgeville, Leonard Lee (Laura) Rusciolelli of Moon Twp., and Janet (Nick) Contestabile of Monroeville; sister, Dora Corris of Sturgeon. Also surviving are ten grandchildren; one great- grandchild; and a number of nieces and nephews. He was preceded in death by his wife of 60 years, Rhoda Rusciolelli; and sisters, Onelia Zeno and Olga Plunkett.

Friends will be received Friday 2-4 and 6-8 p.m. in the Thomas - Little Funeral Service, Inc., 314 W. Lincoln Avenue, McDonald. A blessing service will be held at 8 p.m. Friday in the funeral home. Please sign the guestbook at thomas-littlefuneralservice.com.