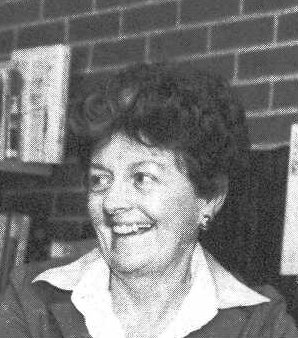 Sagan, Margaret Mary, dear wife of Emil A., died December 23, 2001, after a short illness at The Preston Health Center on Hilton Head Island.

She was born January 13, 1920, the daughter of William E. and Rose M. Boyle of Boston, Massachusetts. Mrs. Sagan was a graduate of the University of Massachusetts, where she majored in English and minored in Studio Art and did graduate work at Carnegie Mellon University. She taught elementary school in Boston and English and English Composition at the secondary level in Chatham, New Jersey and in Upper St. Clair, Pennsylvania. She was active in the Girl Scouts in New Jersey and was also a sponsor of the American Field Service (AFS), a program which gave young American high school students the opportunity to experience the cultures of foreign countries by living abroad.

Mrs. Sagan was past president of the League of Women Voters in Chatham, New Jersey and of the American Association of University Women in Hilton Head. She was also past president of The Retired Officers Association Ladies (TROAL). She was a 16 year volunteer at the Hilton Head Medical Center. She was a member of Scribblers, a creative writing group and of Hilton Head Country Club, where she enjoyed golf & tennis. She was an avid reader & traveler & especially enjoyed extended stays in Glandore, Ireland, Paris, France & Osaka, Japan.

In addition to her husband of 54 years, she is survived by her five children; Emily Culley (Paul) of St. Petersburg, FL, William E. (Pamela) of Wayzata, MN, Dr. Elizabeth R. Sagan (Robert Quinlin) of Pittsburgh, Margaret Mary Williams of Westport, CT & Rosemary Lundberg (Matthew) of Acton, MA; and by 12 grandchildren.

Funeral services will be held at 10:30 am on Saturday, January 19 at St. Francis by the Sea Catholic Church in Hilton Head. In lieu of flowers, the family asks that memorials be made to the Juvenile Diabetes Research Foundation, Minnesota Chapter, 2626 E. 82nd St., Suite 225, Bloomington, MN 55425. Arrangements by the Island Funeral Home, Hilton Head, SC.